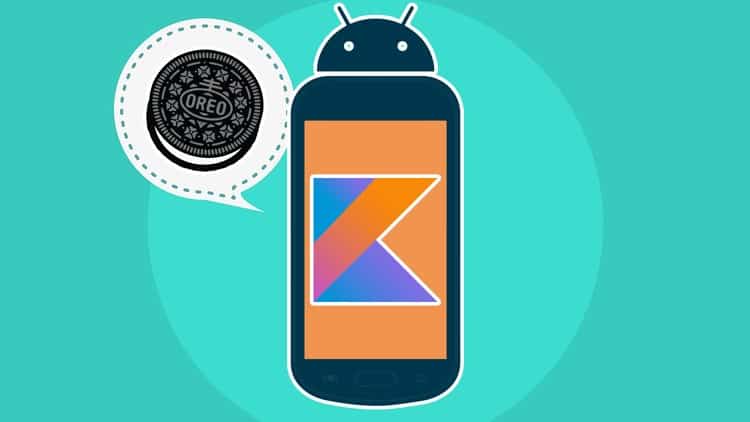 What do you get in this course?

In this course, you will discover the power of Android app development, and obtain the skills to dramatically increase your career prospects as a software developer. You’ll also have a head start over other developers using obsolete tools and earlier versions of Android.

Android is continually being updated and you’ll learn how to target but users of current versions of Android and older versions as well.

With this course, you get the best of both worlds. You’re taught to write code for Android that works with the current version and older versions of Android by using the AppCompat library. That way, the apps you build will work with more versions of Android, giving you access to a wider audience of users.

Starting is easy because no previous programming experience is needed. NONE! If you do have it, great. Or maybe you just want to brush up on your Android development skills, and that’s fantastic too.

The course is presented using a combination of video, slides and diagrams, all designed to teach you everything you need to know.

Here is what just one student thinks about the course.

“If you are thinking of learning how to develop an Android app, you should be doing this course. It is comprehensive and covers so many aspects of programming an Android app. The best part is that Tim explains and teaches you how to become an independent developer.    Since completing this course, I have gone on and developed my own application, which is now published on the Google Play Store! Developing an app takes patience, and it is definitely worthwhile going through all the content in this course.” – Daniel Lee

Should you write Android apps that target only the very latest version of Android?

If you have an iPhone or iPad, chances are high that you update each year to the latest iOS release – most users do.

The situation is completely different with Android. Only a relatively small percentage of Android users update their phones annually.

If you write your apps to only support the latest version of Android, you will ensure 95% of your potential user base will never see your app.  The Google app store will only show apps that a users Android device can run, so if their device is not running the latest version of Android, they won’t even be able to find your app on the Google play app store!

How do you make sure your app targets older versions of Android?

Android development is less about making sure you are creating apps that work with the latest version of Android, and more about ensuring your apps work with whatever versions of Android your users are running.

Google are aware of this problem and have something call the AppCompat library.  Which is a way for you to ensure your apps work on older devices.

This is not enabled by default.  Meaning that if you do not specifically configure your app to use this library and target older devices and newer ones, it either won’t show up at all for users searching for your app, or older Android devices running your app might crash because they are trying to access features that do not exist in their version of Android.

The key is to use this library.  And that’s what you will learn in this course.

Does that mean that your apps can only use features from really old Android versions?

No it does not.  The AppCompat library is constantly updated by Google.  They go back and add features to the library which allows older Android devices to access newer features of Android.

But again, this is not turned on by default.  You have to create and write your Android apps in a particular way to have your Android app be able to work correctly for current and older versions of Android.

Should you learn Kotlin?

Now that Google are pushing so hard for Android developers to use Kotlin, we are seeing a dramatic shift to Kotlin – It’s similar to the iOS situation a few years ago with Objective-C when Apple released Swift.

Fast forward a few years and everyone is using Swift.  This is starting to happen with Android app development. Developers who used to use  Java are switching to Kotlin.  You can see why Google want this to happen.  They have been in court numerous times with Oracle (the owners of Java) relating to a dispute over the use of the Java language.

Google want developers to adopt Kotlin so that they don’t have to worry about Java any more.

The recent Google I/O conference show mainly Kotlin code examples.  You can see where we are heading.  Kotlin is the future for Android app development.

Soon there will be few Java developers writing Android apps – they will be using Kotlin.

This is what you’ll learn in the course:

·      Build a range of apps demonstrating key aspects of the Android framework.

·      Test your apps on emulators or a real Android phone or tablet.

·      You’ll learn Kotlin programming because Google are recommending and pushing adoption of Kotlin for Android app development.  Included are Kotlin tutorial videos that will get you up to speed fast.

·      Ensure your apps work with current and older Android versions on phones and tablets.

·      Learn how to use databases, web services, and even get your apps to speak!

·      Understand the all new Constraint layout, for “drag and drop” screen creation.

To reinforce what you’ve learnt during the course, there are numerous challenges designed to help you understand each concept being taught. You’re also shown the solution to the challenge so you know you’re always on the right track.

The course is continually updated and enhanced, and fully supported as it evolves.

With many courses, it’s just set and forget. But not with this one! We’ve got a PROVEN track record of continually updating and adding new content. An example is Tim’s Java Masterclass course which now has 77 hours of content and counting, and benefited a whopping 260,000 students.

And if you have any doubts about the course, be blown away by the glowing reviews left by students on this page.

What else will you learn?

You will  learn how Android works at a deep level. Many courses show you how to create Android apps, allowing you to follow along clicking buttons but not really understanding what it happening.

If you truly understand how something works, it means you can produce better quality apps, that have fewer bugs.

We don’t promise that you are going to write a Facebook or Instagram clone app in this course – Courses that say they are going to teach you to create apps like that show apps with only the smallest amount of functionality, and usually don’t explain anything in detail.  There is no point going through Android training unless you can take that training and apply it into your own apps.

This course is designed for you to follow along, but then to apply the information you have learned into your own apps.

Your instructors are me, Tim Buchalka and Jean-Paul Roberts. Between them theyhave a collective 70 years of commercial software development experience, meaning you’re learning the right way to program to maximize your future development potential.

Here’s what’s important. There’re a lot of people teaching Android development who are not developers. We’re developers with many years’ experience with the Android platform, who also teach Android.

Importantly, our courses teach students the real-life skills needed to get those in-demand jobs or further your programming skills.

Take this course in confidence today knowing you have just found the BEST Android Kotlin course on Udemy!  Don’t delay. Every minute you’re not learning Android is a missed opportunity for that PERFECT high paying job. 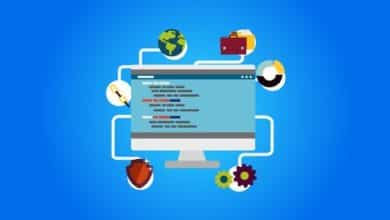 Learn Ruby on Rails from Scratch

Modern HTML & CSS From The Beginning (Including Sass)