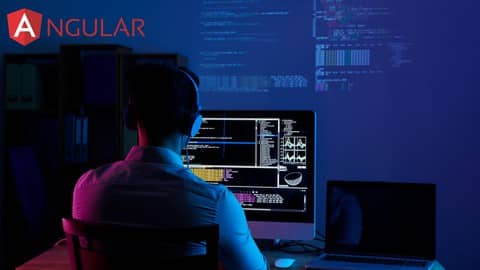 Get Into Web Development With Solid Understanding Of Angular Basics And Build Awesome, Reactive Web Applications

Angular is advantageous from both business and development standpoints. It’s one of those frameworks that can work productively with various back-end languages as well as combine business logic and UI. Let’s take a close look at the business and technical strengths of Angular and see how they are related.

What entrepreneurs expect from Angular is a robust, cost-efficient front-end part of the product that will let them win large audiences and make money. That expectations come true because the framework has it all.

Besides providing cost-friendly Angular progressive web app solutions that can run across mobile platforms, the framework is widely used in native-like mobile applications. More and more companies look to building cross-platform solutions with Angular because they are good at imitating real native apps. Earlier, front-end developers used the Ionic + Angular formula for cross-platform development. Now, the most popular formula is Angular + NativeScript.

By using Angular with TypeScript capabilities such as services, dependency injection, and routing, a developer can create a native-like UI. With NativeScript, a programmer has access to native APIs. As a result, you get an app that runs on both iOS and Android. Still, if you need to create both web and mobile apps, those would be two different projects.

2. High Quality of the Application

Angular is a complex platform that’s difficult to learn, so it requires proper qualifications from a developer. Numerous structural elements that include Injectors, Components, Directives, Pipes, Services, etc. might be challenging for beginning developers to learn. However, they are a big plus for the product success because you can create anything you can think of with a comprehensive set of built-in features in Angular.

The diversity of Angular capabilities, for instance, template syntax, Angular CLI, routers, etc. make programmer’s work easier and enable quick loading of the application. The framework is compatible with various types of back-end programming languages to display gathered data in the UI efficiently.

The Angular framework allows a developer to build Angular web apps faster and make them highly efficient due to the technical advantages offered by the framework. Below you can see the list of factors assisting programmers in faster development with Angular.

In This Course, We Are Going To Work On 8 Real World Projects Listed Below:

Note (Read This): This Course Is Worth Of Your Time And Money, Enroll Now Before Offer Expires.