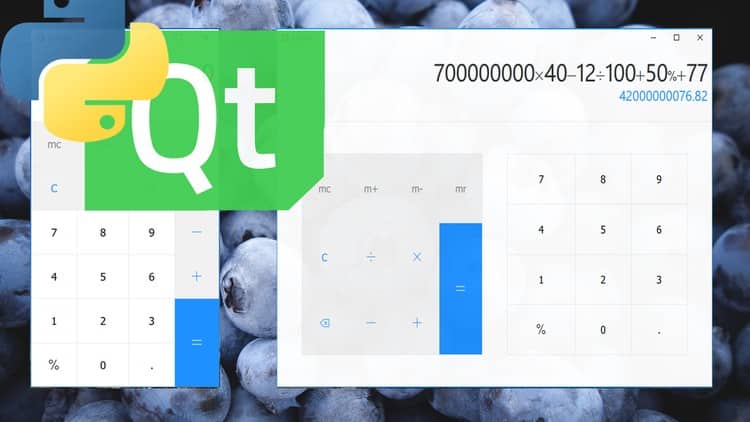 For Python 3 Gui, not Qt Designer but Qml, not Tkinter but PyQt5 (this course can be used for PySide). The UI/UX course.

THE FIRST EVER PYTHON GUI COURSE THAT DOESN’T USE QTWIDGETS, QT DESIGNER, QSTYLE (CSS), PYQT4 OR WORSE TKINTER OR PYTHON 2 BUT USES QML AND PYTHON 3

Gui’s are what are missing from most programmer’s toolkit, they cannot find it in addition to their wealth of knowledge. Not many years ago, I researched by God’s help and found to my utmost pleasure how programming knowledge is applied in the real world both for UI’s and Core-code (Both are scripted by the way).

Qt has powered the world of UI’s and still powers it. Adobe, VLC, WhatsApp Inc, are a few of notable institutions that use Qt for both UI and also for functional code (for functional code, we will use python). But here is the catch, not so recent though, Qt released Qt Quick Markup language (Qml), that is not written in python, but rather in it’s css style writing. This will help the advanced team-work desire to separate UI from core-code functionality.

Also there is another problem here, you can’t seem to find much resources on it online. So here is it, an introduction and a quick practical hands on, on building a complete Python app with a modern trendy Gui.

Javascript from Beginner to Advanced Level