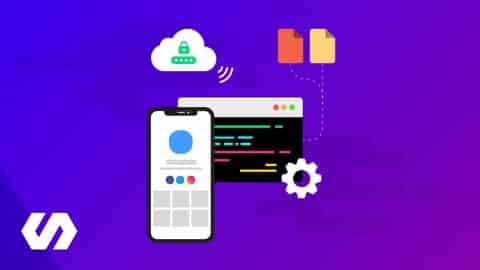 In a world with hundreds of different databases, one database rises to rule them all.

Redis is an in-memory database known for its speed and simplicity.  Originally used only for simple caching, its feature set has expanded to be one of the most versatile databases around.

This course will teach you everything you need to know to integrate Redis into a new or existing project.

Data structures form the heart of Redis.  Rather than hiding functionality behind complex abstractions, Redis exposes several powerful data structures that developers use to store and query data.  Learning about these different data structures is the key to mastering Redis.  This course focuses on making sure that you understand the difference between a sorted set and a hash.  After completing this course, you’ll understand when to use each structure and the benefits and drawbacks to each.  Don’t have a background in algorithms or data structures?  That’s OK!  Everything in this course assumes you have no prior knowledge.

Almost all top companies around the world use Redis.  Twitter, GitHub, Snapchat, Craigslist, StackOverflow – they all use Redis!  Nearly every major web product you use on a daily basis utilizes Redis behind the scenes.  And its not just large companies that use Redis – small startups do as well.

To understand Redis, you must use Redis.  Just memorizing commands isn’t enough.  You need to get your hands dirty!  With that in mind, you’ll work through many exercises and quizzes.  In addition, throughout this entire course you will build a large E-Commerce application using Redis.  Don’t worry – you won’t need to write any frontend code.  As we learn new topics in Redis, we will add new features to our E-Commerce app.  You’ll get to see why and when we use each major feature of Redis.

Built-in cheatsheets.  Many resources about Redis show running commands in a terminal window.  This approach makes it hard to remember even the most basic commands.  In this course, you’ll take a different approach.  I built a standalone webapp called RBook just for you to use in this course.  This app allows you to run commands against your own Redis instance and document them at the same time, making it easy for you to refer back to your notes in the future.  Of course, you don’t have to use RBook if you don’t want to!

Effective learning. Everything in this course is designed to make your learning process as easy as possible.

Soooo much more.  Here’s a partial of some of the things you will do in this course:

Redis is known for being simple, but it is still hard to learn. You’re given a huge toolbox with tons of features, but no clear guidance on when to use each feature.  This course aims to give you direction.  You’ll understand why each feature exists, and when to use them in real apps.  You will find learning Redis a delightful experience and pick up a tremendous amount of knowledge along the way.

Sign up today and join me in mastering Redis!

Complete guide to building an app with .Net Core and React