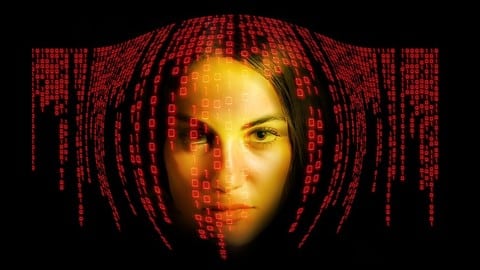 Updated as of November 2018, with 5 brand new lectures and 6 PDF guides.

Updated as of the end of August 2017, with 4 brand new lectures!

⇉ Watch the promo video to see How You Can Begin Learning Google Go Today!

⇉ This Course is DIRECT! You receive over 6+ hours of video content & 56+ lectures!

⇉ Join Over 275,000+ Students Who Have Enrolled In My Udemy Courses This Year!

⇉ 7,500+ Five Star Reviews on our courses prove Students Who Enrolling Are Getting Real Results!

The Benefits You Will Gain From This Course Are Endless!

Our goal for you in this course is: For you to become a beginner Ninja in one of the hottest new languages called “Google Go” and also known as Golang.

Google go is taking the development world by storm, because of it’s system level access and it’s design which gives programmers the ability to create multi-core programs.  This is the first development language really developed for the type of mutli-core cpu computers that have been in the market for the last ten years.  Created by three genius developers are google – to solve deficiencies google was experiencing with conventional computer languages.

This course is especially structured to solve a number of problems that introductions to programming languages suffer form.  In specific it solves the:

What to teach first problem: – Solved!

Often, ideas are so dependent on one another that it can be difficult to explain concepts that depend on one another.  We solve that problem, by giving high level overviews that give the big picture.   We also break things down into basic lectures on how something works – and will revisit them later to expand on the concepts.  In this way, we have a unique course that is approachable.

This course is accessible to those begging programming, but quick packed enough for those whom want to learn Go and “Get on with it”

In short – there’s no faster and more effective way to make an outstanding foundation in Google Go (Golang) than this course!

The I have only 10 minutes problem: – Solved!

Our course is designed with accessible lectures, that are on average of 7 minutes (or under) in length. Each lecture builds on itself, so you can consume a lecture – and keep on going with your life.. and come back to Google Go whenever you need to.

An Introduction to Golang:

How to get started with Golang:

With the right mindset, understanding, and application of the teachings in this course, you will instantly begin to move towards understanding the new Google Go Programming Language!

When we learn something new about the new Google Go Programming Language, we add it to the course – at no additional cost to you! This is a course that will continue to add more and more to every aspect of your life.

In addition to the Udemy 30-day money back guarantee, you have my personal guarantee that you will love what you learn in this course.

What I can’t do in this Course..

I can’t guarantee your success – this course does take work on your part. But it can be done!

This course will not remain this price forever! It’s time to take action!

Click the “take this course” button, top right, now…every hour you delay is costing you money…

See you in the course!